How close are we to the day when machines take over?

Artificial Intelligence (also known as Machine Intelligence) is the intelligent behavior displayed by machines as compared to Natural Intelligence shown by humans and animals. In computer science, AI research is defined as the study of intelligent agents: any device that perceives its environment and takes action that maximizes its chance of success at some goal. The term artificial intelligence is applied when a machine mimics cognitive functions that humans associate with other human minds, such as, learning and problem solving. In other words, it is the stimulation of human intelligence processes by machines, especially computer systems. These processes include learning (the acquisition of information and rules for using the information), reasoning (using the rules to reach approximate or definite conclusions) and self-correction. Some of the applications that AI includes are expert systems, speech recognition and machine vision. If we consider the development of Artificial Intelligence, rather than in reality, it began in antiquity, with myths, stories and rumors of artificial beings endowed with intelligence or consciousness by master craftsmen; as Pamela McCorduck, an American author, writes, “AI began with ‘an ancient wish to forge the gods’.”

Today, everything from robotic process automation in manufacturing to personal mobile phones are being revolutionized, at times it has superseded expectations and others it has been a letdown. Movies, books, TV shows have developed a hype about AI and to match that hype we have seen the rise and even fall of expert systems, neural networks, logic and the use of statistical models for determining reason. The IT, Media & Telecommunications and Manufacturing industries have the highest expectations for AI to accelerate new product and service offerings, projecting a 52%-point increase in the next five years for AI-based improvements to deliver Business Process Outsourcing (BPO) gains for various manufacturing and services sector companies.

Intelligent Personal Assistants like Siri, Bixby, Google Now and many more are making a mark in the field of AI. A trend particularly in the Natural Language Processing field has been noticed, where the focus is being placed on teaching a machine to understand human text. We have been witnessing Siri, IBM Watson, self-driving cars and the proliferation of machine learning, data mining and predictive systems that promise an unprecedented even frightening level of machine intelligence.

Since its birth  in a workshop at Dartmouth College in 1956 , the field of AI research has led to the development of various tools to solve the most difficult problems in computer science and other industrial applications.

AI makes it possible to search through data and identify viable solutions which reduces a lot of reasoning and search-related tasks. ‘Means-end analysis’ attempts to find a path to a ‘target goal’ in search of the goals and sub-goals. One of the results of learning algorithm is a robotics algorithm for moving limbs and grasping objects that use local searches in configuration space, based on development of search algorithms.

The advancement of AI can also be a double-edge sword; experts predict that in the next 10 or 20 years many jobs would be lost due to machine automation which would eliminate the need for physical labor. According to the grim forecast for the labor market in “The Future of Jobs” report by the World Economic Forum (WEF), it is suggested that the entry of automation will affect each and every industry worldwide. Although employment may grow in certain areas, a net loss of more than 5 million labor and task intensive jobs in 15 major developed and emerging economies can be expected by the year 2020.

AI has become an integral part of our lives from voice-powered personal assistants like Siri and Alexa, to more underlying and fundamental technologies like suggestive search, trend and behavior algorithms, self-driving cars, etc.  While the possibilities are endless and AI may prove to be an amazing opportunity, it could also result in a complete ‘Judgement Day’ disaster. However, one thing is for sure – AI is bound to change the world as we know it. 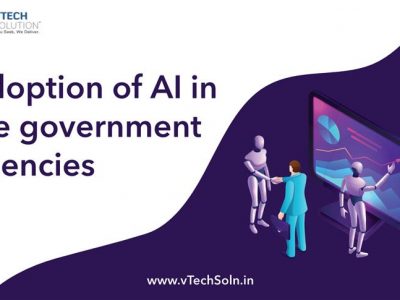 Is Your Agency Ready To Thrive In The Age Of AI? 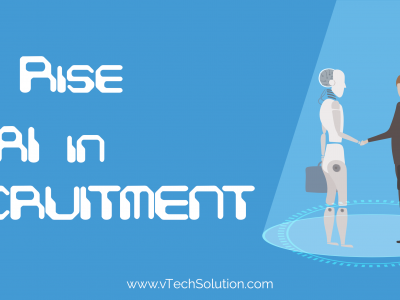 The Rise of AI in Recruitment